What is Enjin (ENJ) and how does it work? 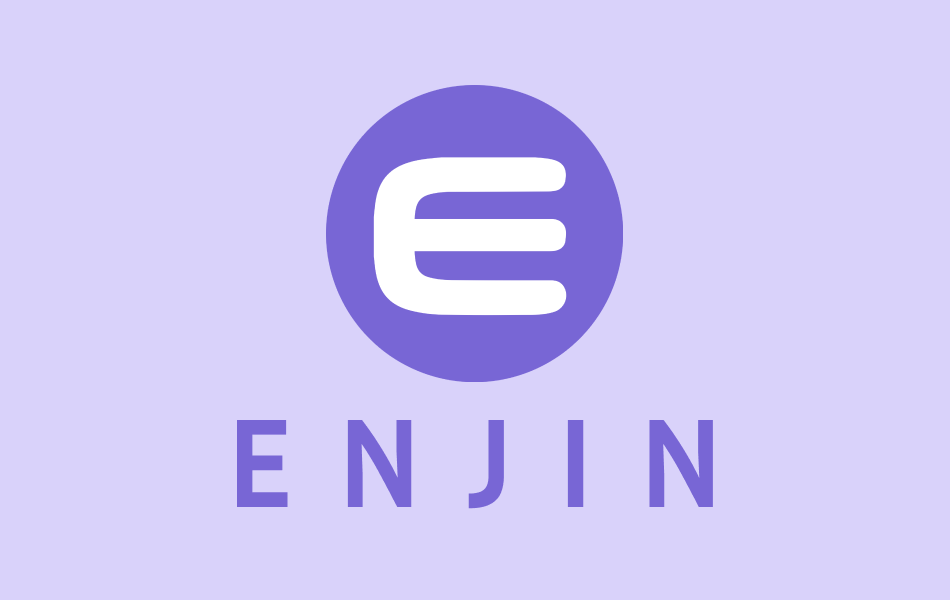 Numerous NFT-based initiatives are becoming increasingly relevant as a result of the emergence of Web3 powered by blockchain-based nonfungible tokens (NFTs), since they offer the technical means of combining crucial data on blockchains in an aesthetically pleasing manner.

Leading among them is Enjin, a top-tier blockchain platform that Witek Radomski and Maxim Blagov co-founded in 2009. Enjin works to create a comprehensive ecosystem of Enjin products that people, companies, and developers may use to create, trade, monetize, and sell NFTs.

Users are given access to a dedicated market place where they can trade and collect uncommon NFTs, as well as the ability to manage NFTs and cryptocurrency using the Enjin wallet. The native Enjin (ENJ) token powers all transactions in the Enjin ecosystem, and the platform provides the capability of controlling all digital assets using a straightforward mobile app.

It enables business owners to design NFT-based games, arts, music, and sports enterprises with the ability to produce bespoke coins without the need for coding. By integrating with all of its other products, including as Enjin Beam, Marketplace, and Wallet, the Enjin platform enables gas-free transactions for NFTs and ENJ over JumpNet, enabling a smooth user experience.

Enjin enables developers to issue tokens on specialized blockchains that are concentrated on core functionality and offer exceptional chain stability when combined with Efinity, a Polkadot-based parachain. Enjin is enabling millions of people worldwide to properly manage and store their digital assets thanks to the integration of its goods and services into blockchain-based rewards platforms by businesses like Microsoft, Samsung, and BMW.

Enjin is ideally positioned to emerge as one of the most significant blockchain organizations, and this should convert into wealth creation for token holders of the native ENJ token as NFT usage among people and businesses throughout the world develops at an exponential rate.

What is an ENJ coin and how does it function?

ENJ, introduced by Enjin in 2017, is a token that works with ERC-20 and can be transmitted or received using an Ethereum wallet. When buying, selling, or trading NFTs utilizing the various Enjin products, ENJ is primarily employed in these transactions.

Aside from its primary usage and its ability to interface with numerous gaming platforms, ENJ may be used and traded on cryptocurrency exchanges just like any other cryptocurrency. ENJ enables players to keep distinctive game objects like characters or accessories in the form of custom tokens, which can subsequently be liquidated for ENJ when necessary. This is done in consideration of the widest possible range of use cases in the gaming industry.

Gamers can thus access numerous partner gaming platforms, keep track of the various tokens or collectibles, and sell these digital assets for ENJ whenever it suits them through the Enjin wallet. Enjin’s software development kits (SDKs) make it simple to create and incorporate digital assets into games and apps, making the Enjin platform and marketplace one of the greatest places for NFT enthusiasts to find and exchange NFTs.

Each of these in-game goods has a value assigned to it in ENJ, enabling players to securely exchange NFTs, coins, and other items outside of the gaming environment.

For those looking to invest in cryptocurrencies over the long term, ENJ is a good option because, unlike many other well-known cryptocurrencies, it has established itself as a token with a variety of Enjin use cases.

How can I purchase Enjin currency?

A scalable and cross-chain token network has been created as a result of Enjin’s concept, making the process of minting, trading, and turning NFTs into tangible token value highly user-friendly. As a result of faster and less expensive transactions, the overall amount of NFT trading has increased significantly, making NFTs far more accessible and economical.

Tokens like ENJ will be crucial in generating huge value through special digital and physical assets like gaming tokens as NFTs see greater adoption among users and industry participants.

Anyone can buy ENJ using fiat money like the US dollar or by trading other cryptocurrencies on top cryptocurrency platforms and exchanges like Binance US, Crypto.com, Bithumb, Gemini, Swissborg, Kriptomat, Voyager, and Blockchain.com.

Is it wise to invest in ENJ?

The Enjin platform and the ENJ token will be one of the most popular choices for users and businesses by enabling developers to mint items for gaming environments in the form of NFTs.

NFTs and cryptocurrencies will play a major role in solidifying the metaverse as more people participate in this fast expanding virtual economy, and they will undoubtedly become the main means of exchange in the online world.

Token owners and potential investors may profit from Enjin and its native token ENJ’s potential to attain leadership status in this thriving industry.

Hector Network: An updated brand to reflect an expanding ecosystem