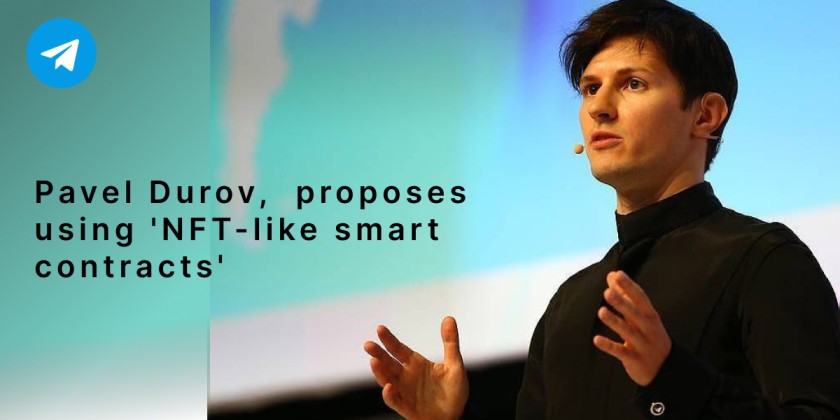 “Imagine how successful Telegram, with its 700 million users, could be if we put up for auction reserved usernames, group and channel links,” Telegram’s founder said.

The notion came from Durov following the “success” of domain name auctions by The Open Network (TON), a layer-1 blockchain created by the Telegram team. In mid-July, the blockchain project introduced the TON DNS service, which allows users to provide human-readable names to crypto wallets, smart contracts, and websites.

On Aug. 23, he wrote in his personal Telegram channel “Durov’s Channel” that he was “really impressed by the success of the auction TON recently conducted for their domain/wallet names.”

“Imagine how successful Telegram with its 700 million users could be if we put reserved @ usernames, group and channel links for auction,” he said.

Durov proposed that Telegram employ comparable technologies to launch a new marketplace for buying and selling “catchy t.me addresses like @storm or @royal, as well as all four-letter user names.”

“This would create a new platform where username holders could transfer them to interested parties in protected deals-with ownership secured on the blockchain via NFT-like smart contracts.”

“Other elements of the Telegram ecosystem, including channels, stickers or emoji, could later also become part of this marketplace,” he added.

The first TON DNS auctions took place on July 30, and, like the Ethereum Name Service (ENS) “.eth” domains, the “.ton” variant allows users to access decentralized applications without having to write a large string of letters and numbers from their wallet addresses.

The FunC programming language is used by the TON network to run the TON Virtual Machine and to launch specific smart contracts on the blockchain. If Telegram launches NFTs, they will very certainly be based on this standard.

Given that Durov and his colleagues created TON, formerly known as the Telegram Open Network, alongside the messaging app in 2018, a comparable integration would likely be relatively simple for Telegram.

“Because our team can create bullet-proof smart contracts for TON (we invented its smart-contract language), we are inclined to use TON as the underlying blockchain for our future marketplace,” he added.

TON was created to serve as a digital payments network for Telegram, but it quickly came into difficulty with the US Securities and Exchange Commission (SEC) over an unregistered preliminary sale of $1.7 billion in Gram tokens.

Durov left the project after losing a court battle with the SEC in mid-2020 to focus on Telegram. Since then, open source developers have resurrected the project as The Open Network.

The TON network employs a Proof-of-Stake (PoS) consensus process and supports staking, NFTs, and decentralized apps. Toncoin (TON), its native asset, has risen 14.70% in the last 24 hours to $1.33 at the time of writing, according to CoinMarketCap data.