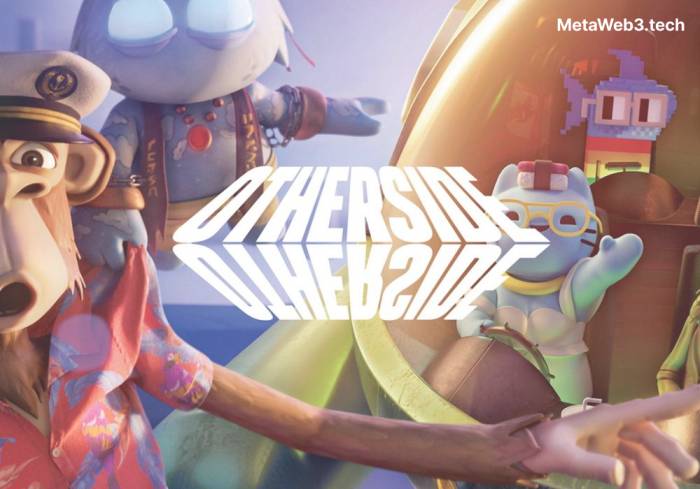 The much awaited inaugural voyage took place on July 16 and was accessible to owners of Otherdeed NFT land, referred to as Voyagers, who all purchased tokenized land plots in the Otherside virtual realm. As many locals took to Twitter to share their excitement for the event, it seemed to have been a resounding success.

Before following a huge Bored Ape through a vibrant doorway into the Otherside Metaverse, the 4,500 Voyagers first joined a sterile virtual lobby as Voyager avatars. The Voyagers were told to head to a stadium in the middle of the Biogenic Swamp once they had reached there so they could try out the avatar motions like dancing, running, jumping, and emojis.

From there, they had the opportunity to investigate a few more specific locations and engage with the surroundings, which included enormous animals that were prowling around and attacking Voyagers if they got too close.

Only Otherdeed owners and outside developers will have access to Otherside, according to a Yuga Labs statement made during the project’s early testing phases, which include a number of “trips.” The group pointed out that these Voyagers would be in a position to offer insightful criticism on the platform and crucial elements like software development kits and in-game creation tools.

Shortly after the first trip went online, Yuga Labs published a “litepaper” outlining the underlying concepts of Otherside and outlining the future course of the project. There will initially be three phrases, although only the first has been described thus far.

An 11-part game mode centered around a “mystery Obelisk” that has appeared in Otherside will be included in the first phase. Users will be able to explore what can “be harvested, crafted, traded, bought, and sold” in the game through the gaming mode.

The litepaper states that: “Voyagers will play a key role in creating the core capabilities of the platform through exclusive events, playtesting opportunities, and as co-developers of our Otherside Development Kits (ODKs)”

“In order to plant the seeds for a successful community, we are starting development on Otherside with Voyagers, who are our first adopters and believers. They are a crucial part of Otherside’s history and are invited to join the Voyager’s Journey.”

Since their May launch, the Otherdeed NFTs have been in high demand; according to data from CryptoSlam, the collection has generated over $1 billion in sales volume in just three months. The statistic ranked Otherdeed as the eighth best-selling NFT project of all time in terms of overall sales.

With sales of $2.3 billion and $1.6 billion respectively, Yuga Labs’ other original products, BAYC and the Mutant Ape Yacht Club (MAYC), are the third- and fourth-highest selling NFT ventures of all time, respectively.

In Otherside, there are 200,000 tokenized land plots, and the floor price of the NFTs on OpenSea is 2.87 ether (ETH), or around $3,900 as of this writing. However, these costs typically apply to lower-quality, smaller land holdings.

MiCA and ToFR: The EU moves to regulate the crypto-asset market