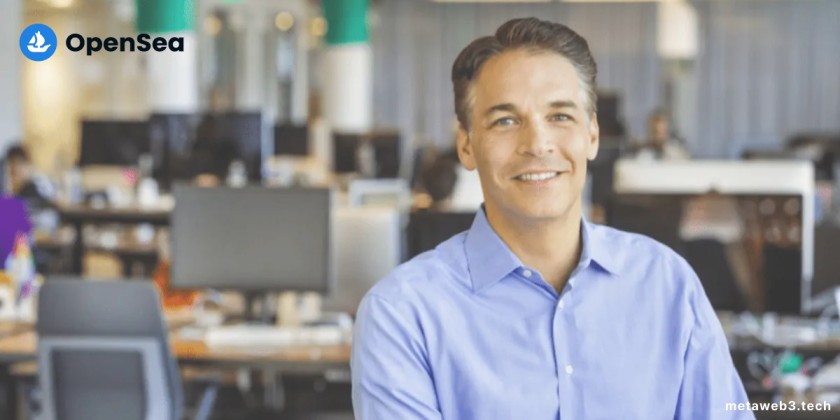 The now-former CFO did not provide a particular explanation for his resignation but did state that he would continue to serve as an advisor to OpenSea.

Brian Roberts, the chief financial officer of nonfungible token (NFT) marketplace OpenSea, has left his position after only 10 months in it, making him the most prominent Web3 executive to do so during the current bear market.

The former CFO of ride-sharing companies Lyft and OpenSea wrote on October 7 that it was time for him to “come ashore” from the “open seas,” but he didn’t specify why exactly, just that he would continue to serve as a company adviser going ahead.

After working for Lyft for seven years, Roberts was hired as the OpenSea chief financial officer in December 2021. Additionally, he has prior experience in corporate positions at Walmart and other technology companies, including Microsoft.

Surojit Chatterjee, a former vice president of Google, joined Coinbase as chief product officer in 2020, and Pravjit Tiwana, a former executive at Amazon, joined Gemini as chief technology officer in January 2022. Roberts was one of many seasoned tech professionals who made the switch to Web3 over the past few years.

Growing the finance staff was one of his main duties while working at OpenSea. As Roberts stated in his LinkedIn post:

“I had the rare opportunity to build a team literally from the ground up and handpicked game changers.”

To guarantee a “smooth transition,” he has reportedly been working closely with CEO Devin Finzer and Vice President of Strategic Finance Justin Jow, presumably implying that Jow will step up and assume the recently vacant executive position.

Roberts claims that despite resigning from his position as chief financial officer, he is still “extremely enthusiastic about web3.”

It’s noteworthy that Roberts left OpenSea on the same day that another executive made his resignation known.

Ryan Foutty, vice president of business development at OpenSea, announced his resignation from the company on October 7 in a post on LinkedIn.

Foutty wished his “crewmates” well and stated that the company has come a long way since operating out of co-founder Alex Atallah’s basement.

Roberts and Foutty are the newest leaders in the cryptocurrency industry to leave their positions as things get worse for the industry.

The NFT market has also seen difficulties, including 20% employee reductions in July and sharp drops in daily trading volume.

With the onset of an ongoing crypto bear market in May, the entire market experienced a precipitous decline.

Other well-known leaders who have announced their resignation from their companies include Brett Harrison, president of FTX US, Jesse Powell, CEO of Kraken, Michael Saylor, CEO of MicroStrategy, and Michael Moro, CEO of Genesis Trading.

McDonald’s is now accepting Bitcoin and Tether in Swiss town