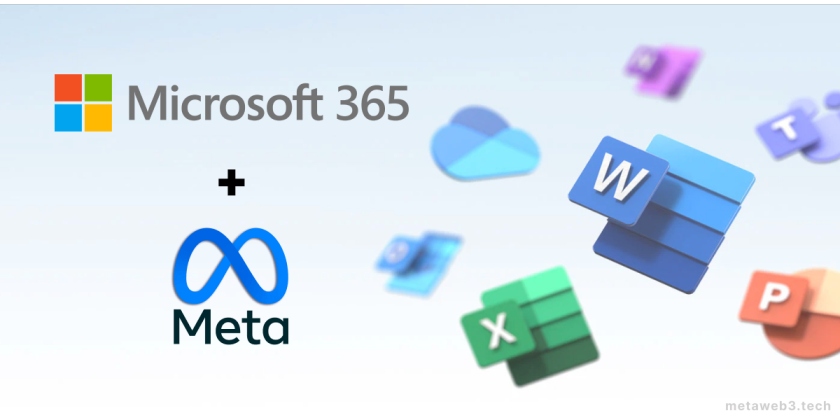 Meta’s new Virtual Reality headgear will include a suite of Microsoft applications, with Meta CEO Mark Zuckerberg declaring it the “future virtual office.”

Meta Platforms has worked with Microsoft to integrate a variety of Microsoft Office 365 products into Meta’s virtual reality (VR) platform, with the goal of enticing businesses to work in virtual environments.

Microsoft office apps including Word, Excel, PowerPoint, Outlook, and SharePoint will also be available in Meta’s VR. Future capability, according to Nadella, will include the ability to broadcast a Windows Cloud PC to Meta’s headsets.

According to Nadella, Microsoft’s enterprise-level mobile device and identity management applications would be compatible with Meta’s Quest and Quest Pro headsets, allowing businesses to manage and secure VR headsets on their corporate networks in the same way that they would computers or phones.

Meta is betting that its Quest Pro headgear, which is packed with additional functions, will entice consumers to work virtually. The business claims that the new headset is more comfortable, has greater performance, and has better clarity and resolution than its predecessor.

The Quest Pro is also touted to feature “more intuitive” feedback on its hand controllers and “real-time expression tracking,” in which the user’s virtual avatar matches real-life facial expressions such as grins and winks.

In his lecture, Nadella stated that the pandemic has created a “once-in-a-lifetime” opportunity in previously office-based work environments, referring to the ongoing remote work regulations that were first imposed because to COVID-19 constraints.

“We’re extending the immersive meeting experience of Microsoft Teams to Meta Quest to give people new opportunities to engage with one other,” Nadella said, adding, “Now, you can connect, share, and collaborate as if you were together in person.”

Microsoft Teams will also be compatible with Meta’s virtual reality workspace for business meetings, Horizon Workrooms. This cross-device experience, according to Zuckerberg, will be “the core of the virtual workplace of the future.”

Since changing its name from Facebook to Meta last year, the company’s attention and resources have turned largely toward creating what Zuckerberg refers to as a “open,” “interoperable” metaverse.

Reality Labs, the company’s research and development arm, has spent billions of dollars to develop the necessary hardware and virtual worlds, investing $5.7 billion alone in 2022.

Despite the losses, Zuckerberg was unwavering about the “huge opportunity” on a July Q2 earnings call, even admitting that such losses could last for several years.