McDonald’s is now accepting Bitcoin and Tether in Swiss town 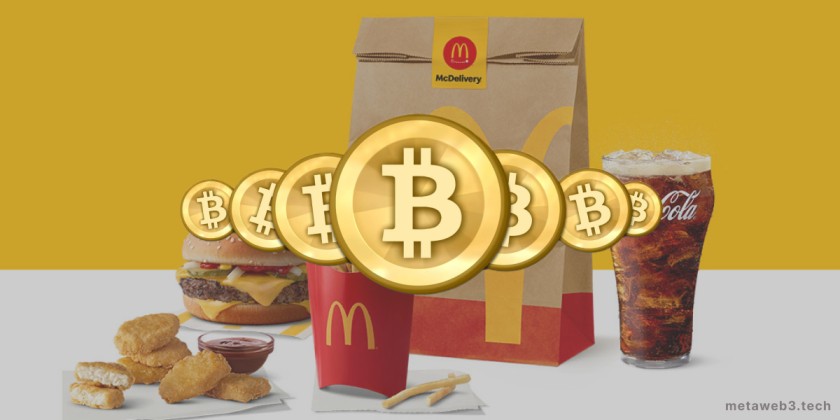 One of the first to take part in a crypto-friendly trial in the town of Lugano is the international fast food business.

McDonald’s began accepting Bitcoin as a payment method in the 63,000-person city of Lugano in Switzerland’s Italian-speaking region, which is becoming a hotbed for crypto acceptance in Western Europe.

On October 3, Bitcoin Magazine posted a one-minute video on Twitter of purchasing meals from McDonald’s digital kiosk and then paying for it at the traditional register using a mobile app. The Tether logo was seen next to the Bitcoin symbol on the credit cash machine, which is not surprising given that the city of Lugano stated in March 2022 that it will accept Bitcoin, Tether, and the LVGA token as legal money.

The city signed a memorandum of understanding with Tether Operations Limited on March 3, 2022, initiating the so-called “Plan B.” Tether has established two funds, the first of which is a $106 million, or 100 million Swiss francs, investment pool for crypto entrepreneurs, and the second of which is roughly $3 million, or 3 million Swiss francs, endeavor to stimulate the adoption of crypto for shops and enterprises around the city.

In addition to allowing Lugano residents to pay their taxes using cryptocurrency, the project will also accept payments for parking tickets, public services, and student tuition expenses. More than 200 local stores and businesses are also anticipated to accept cryptocurrency payments for goods and services.

The chief technology officer of Tether and Bitfinex, Paolo Ardoino, announced a two-week educational program on blockchain and cryptocurrency in the city, claiming that Plan B is “doing brilliantly.”

El Salvador will be the first country in the world to accept Bitcoin as legal currency in September 2021. Since then, McDonald’s has accepted Bitcoin at all of its 19 locations around the country.