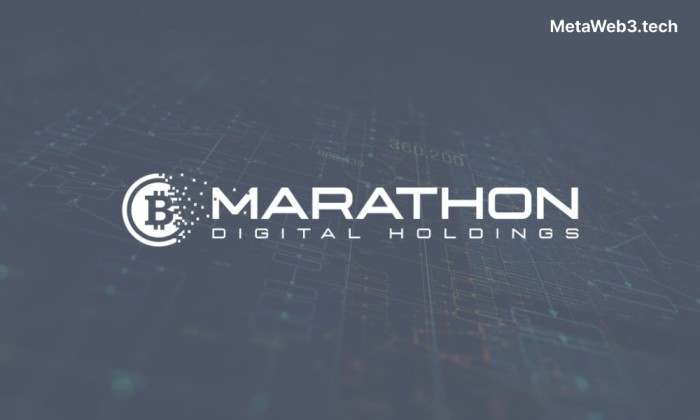 The bitcoin miner Marathon Digital Holdings claims to have secured a contract that will supply electricity to produce 23.3 exahashes per second (EH/s) for the Bitcoin network.

The data center operator Applied Blockchain will house 254 megawatts of power, with an option to add 70 megawatts from different additional suppliers, including Compute North, according to a July 18 release by Marathon. Marathon anticipates that this hosting agreement will enable them to meet its target of 23.3 EH/s by 2023.

The amount of hash power a miner gives to securing the Bitcoin network is measured in exahashes per second (EH/s).

Marathon’s Texas facility will receive 90 megawatts from Applied Blockchain, and a facility in North Dakota will receive 110 to 180 megawatts. They will each generate roughly 9.2 EH/s in total.

At its facility in Granbury, Texas, Compute North has the authorization from the relevant authorities to provide Marathon with 42 megawatts of hosting capacity. By the end of 2022, 26,000 mining units will be housed there, producing 3.6 EH/s, according to Marathon.

Marathon added that a number of undisclosed suppliers would contribute up to 12 megawatts of hosting capacity, or 324 megawatts altogether, valued at approximately 0.8 EH/s.

According to the announcement by Marathon CEO Fred Thiel, the agreements should give enough hosting capacity to enable his business to provide 23.3 EH/s by 2023. He anticipates that hosting will start in August and go into the next year.

“The first miners to be hosted under these new arrangements are scheduled to be installed in August, with installations ramping at other locations in the fourth quarter of this year and continuing into 2023.”

Marathon’s disappointing 43.8 percent decline in productivity in Q2 may have been partially caused by delays with Compute North’s regulatory compliance. Although hosting was scheduled to start in June, the company was unable to secure the required authorizations.

Marathon’s decreased output was also partially caused by the closure of its Hardin, Montana, mining site on June 11 due to a strong storm. As the MARA mining pool has not mined any blocks since the storm, it appears that the facility, which provided 75% of the company’s mining power, is still down.

New power agreements were announced at the same time that Democrat U.S. Senator Elizabeth Warren alleged that miners are increasing energy prices for other consumers.