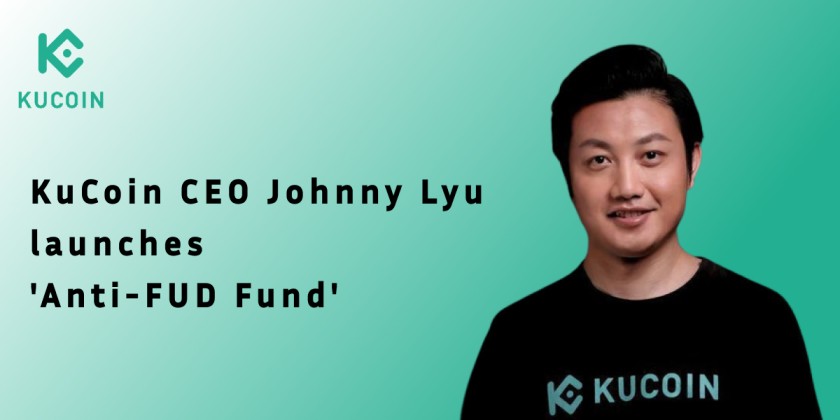 The launch of the exchange’s Anti-FUD Fund follows KuCoin CEO Johnny Lyu’s fight with a whistleblower who claimed the exchange was bankrupt.

The CEO of cryptocurrency exchange KuCoin has announced the creation of an “Anti-FUD Fund” to seek down and perhaps prosecute “FUDers” as well as educate crypto consumers on how to recognise disinformation.

The exchange’s CEO, Johnny Lyu, revealed the fund in a July 26 Twitter thread, only days after releasing a blog post blasting Twitter user “Otteroooo” for disseminating disinformation about his company.

The Anti-FUD fund, according to Lyu, will have three components. The first is education, which would “provide knowledge, including what is FUD and how to differentiate it” through online and offline channels.

The fund will also encourage and promote recognition for ethical industry leaders and influencers, as well as assist followers or product users in avoiding FUD.

Finally, the fund will endeavour to identify and prosecute those who “deliberately propagate FUD.”

Lyu addressed the matter of market FUD earlier this week in an interview with Indian Express, stating that those who spread falsehoods should be held accountable for their statements since they may effect the market and that Web 3.0 technology can aid boost monitoring technology.“The accountability mechanism in the Web 2.0 era is not mature enough and the cost of spreading rumors is very low.”

He made the remarks to the outlet while also mentioning that the company is working to expand its services into India.

The Fund’s debut comes only days after Lyu engaged in a heated debate with crypto industry whistleblower Otteroooo on July 2.

Otteroooo accused KuCoin of having exposure to the defunct Wrapped LUNA (wLUNA) coin, which plummeted spectacularly in May, leaving the exchange bankrupt. Lyu disputed that the exchange was bankrupt and had internal exposure to LUNA. Otteroooo’s Twitter account has subsequently been deactivated.