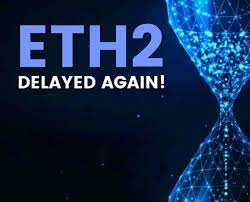 Following weeks of speculation, Ethereum core developer Tim Beiko announced in a tweet on Tuesday that the much-anticipated Ethereum Merge will be delayed. Beiko noted that the network’s switch to proof-of-stake is more likely to happen “in the few months after,” rather than in June.

Beiko claimed that Ethereum was “in the final chapter of PoW,” however this is the latest in a long line of setbacks for a project that was supposed to be finished in 2019.

The news comes after Ethereum reached a critical milestone on Monday with the launch of the first shadow fork of the Ethereum mainnet, which served as a test run for the network’s future consensus mechanism transition.

However, three recent shadow forks of Ethereum’s Goerli testnet showed flaws that need to be sorted out before the update is ready, according to a tweet from Ethereum DevOps engineer Parathi Jayanathi last weekend.

The Merge marks Ethereum’s transition to a proof-of-stake (PoS) security method. The network currently uses a resource-intensive proof-of-work (PoW) system similar to Bitcoin, in which a decentralized network of computers competes to validate transactions.

The switch to PoS, in which users reserve the power to protect the network by “staking” ether, is projected to lower Ethereum’s energy costs by 99 percent and make scaling easier.

Building a new consensus mechanism for Ethereum, on the other hand, is a big undertaking. Ethereum’s PoS architecture will introduce a new set of game theory mechanics to ensure network validators behave in good faith, in addition to a slew of engineering hurdles.

A blunder would be devastating for the entire ecosystem, with billions of dollars on the line.

Shifting the emphasis to Layer 2

Ethereum’s high gas fees and poor speeds, which have rendered the network unsuitable for many applications, are likely to persist even after the Merge.

Ethereum is at the heart of decentralized finance (DeFi), game finance (GameFi), and new financial technologies (NFTs), but a slew of fresh PoS chains are biting at its heels, promising users faster and cheaper transactions.

Ethereum’s original plans for “Ethereum 2.0,” which included the addition of sharding to boost network capacity by breaking up activity into parts that could be processed simultaneously, have been replaced by The Merge. Sharding is still in the Ethereum roadmap, however it has been postponed until 2023 in order to speed up the transition to PoS.