CZ responds to claims Binance is a Chinese firm 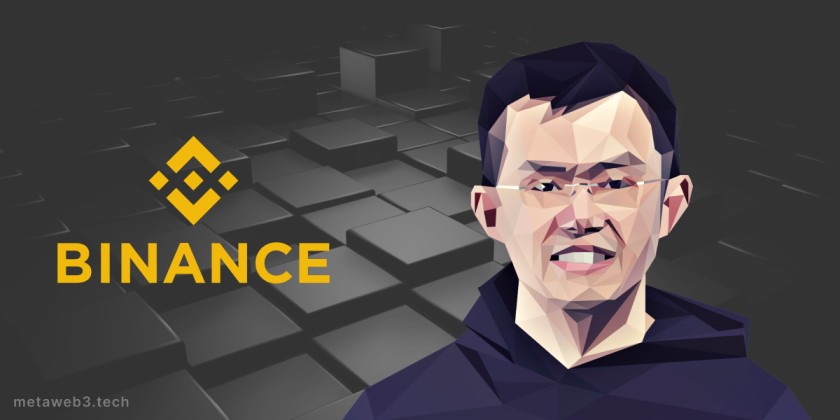 The Binance founder has also described certain personal and business-related hurdles he had from the Chinese government prior to the establishment of Binance in 2017.

Changpeng Zhao (CZ), CEO of Binance, has responded to critics and conspiracy theorists who allege Binance is a Chinese-based “criminal business” that “secretly [belongs] in the pocket of the Chinese government.”

CZ’s answer to criticism arises from a Twitter spat with a former Washington Post journalist who asked him, “While I have you here, who’s Guangying Chen?” on September 1.

He added that the query is in response to a conspiracy theory that claims his personal buddy and Chinese national, Guangying Chen is the secret owner of Bijie Tech (a firm he formed in 2015) and perhaps Binance.

CZ, on the other hand, explains that Chen is a colleague he met through a friend and hired to “manage the back office” at Bijie Tech before re-hiring her at Binance, adding that conspiracy theorists then linked her as a secret owner of the firms because she was one of the few who initially remained in China.

According to Scam Binance, Chen once owned 93% of the shares in both Bijie Tech and Binance, among other companies. According to CZ, such claims arose from a “old campaign launched by a competitor via an anonymous microsite.”

“As a result, the media and online trolls have attacked and harassed her and her family.” “I never would have encouraged her to perform what looked like such a trivial action at the time if I had understood how much of a terrible impact this would have had on her life,” he added.

CZ also categorically refuted that his company has significant ties to China and its government, even going so far as to describe some of his terrible personal and commercial experiences with Chinese authorities.

“The greatest challenge that Binance faces today is that we (and every other offshore exchange) have been designated a criminal entity in China. At the same time, our opposition in the west bends over backward to paint us as a ‘Chinese company.'”

CZ believes the ill-intentioned assumptions stem from the fact that he and a few other Binance employees are of Chinese ancestry, making Binance “an easy target for special groups, media, and even governments that despise our business.”

As recently as August 30, a Fortune India story characterizing Binance as a “Chinese-origin[ed] crypto exchange” stated Binance and other Chinese-linked centralized crypto exchanges were “invading” India by freely operating their services within India through illegal means.

Chinese-infiltrated myths persist despite Binance never being legally formed in China and never operating culturally as a Chinese company, according to CZ.

CZ went on to say that Binance has operations in a number of countries, including France, Spain, Italy, the UAE, and Bahrain, and that the company has extended its staff globally, adding that “we are active in seeking great talent, regardless of where they belong from.”

“Over the past two years, as we expanded into Europe and the Middle East and recruited a more senior leadership team, Binance’s executive team is now more heavily dominated by Europeans and Americans.”

“Our bigger staff base is more widely scattered than ever before.” Despite these facts, some individuals still refer to us as a “Chinese corporation,” he adds.

After fleeing China at the age of 12, CZ returned to create a company in 2015, but it was eventually shut down by the Chinese government:

“Two years before Binance, I started a company called Bijie Tech, providing exchange-as-a-service platforms to other exchanges. We got 30 clients on board, and business was good. Unfortunately, in March 2017, the Chinese government shut down all such exchanges. All of our clients went out of business. “

CZ stated that he brought in a few former Bijie Tech employees to create Binance in July 2017, but the Chinese government effectively shut it down six weeks later by publishing a memorandum declaring that cryptocurrency exchanges were not permitted to function in China, adding:

“They then blocked our platform behind the Great Firewall. At this point, most of our employees left China. Only a small number of customer service agents remained by late 2018.”

Binance was legally formed in the Cayman Islands in 2017, but it does not yet have a formal headquarters.

Binance had an estimated 28.6 million crypto users as of October 2021, making it the world’s largest centralized crypto exchange. According to a former Binance executive, the company is worth well over $300 million in November 2021.