Home / News / Cryptocurrencies may all ‘come crashing down’: Michael Lewis 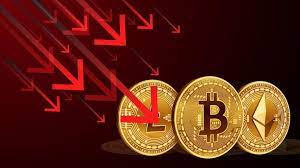 Celebrities are divided into two camps when it comes to cryptocurrency: supporters and skeptics.

Gwyneth Paltrow, Snoop Dogg, and Justin Bieber have all come out in favor of cryptocurrency. Former “The O.C.” star Ben McKenzie, who is co-authoring a book on the risks posed by Bitcoin, is one of the critics of digital assets.

Best-selling author Michael Lewis, whose 16 books feature in-depth accounts of Wall Street’s thrills and foibles, appears to be somewhere in the middle.

Lewis warned in a new interview that the value of cryptocurrencies might collapse substantially, and that its widespread acceptance could endanger traditional finance markets. However, he praised crypto advances, claiming that they may help traders be more fair.

“It may all come crumbling down,” Lewis adds, referring to his podcast “Against the Rules,” which recently returned for its third season. “Crypto, like gold and the currency, is an act of faith.”

“It’s difficult — impossible — to determine whether or not that faith is durable,” he adds. “However, the longer it goes on, the greater the challenge to the present financial order becomes.”

While the major stock indexes have lost ground so far this year, the popular cryptocurrencies bitcoin (BTC-USD) and ethereum (ETH-USD) have undergone even more dramatic drops. As of early Wednesday morning, Bitcoin had declined 16 percent this year, while Ethereum had fallen 21 percent.

However, proponents of cryptocurrency argue that volatility is to be expected for such a new asset class, citing regulatory uncertainty as a factor in market movements.

President Joe Biden signed an executive order on Bitcoin in March, and the remarks followed just weeks afterwards. Many prominent crypto figures applauded the move by the Biden administration.