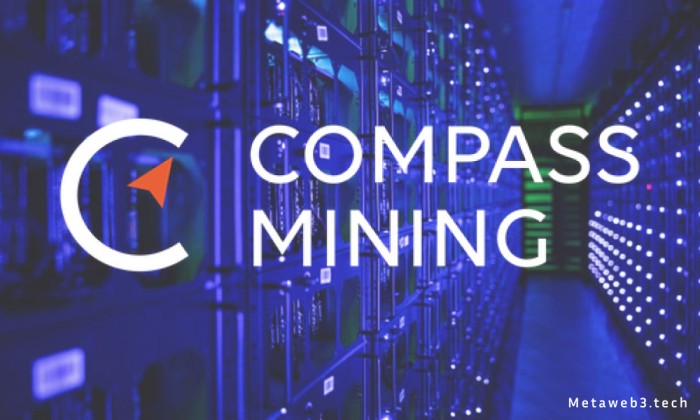 Compass Mining has disclosed expansion ambitions in the form of a 75 megawatt (MW) hosting agreement with Compute North for its data center in Granbury, Texas, just weeks after announcing worker layoffs and wage reductions.

The corporation made the statement on July 21 just two weeks after laying off 15% of its workforce and implementing wage reductions for its senior executives as a strategy to weather challenging market conditions.

It also comes after the resignation of several important executives, including CEO Whit Gibbs and chief financial officer Jodie Fisher, in late June. Additionally, one of its hosting facilities in Maine was also lost as a result of allegedly missing payments for hosting fees and power bills.

The most recent extensive deployment, according to Compass, would start in August and last for several months.

The expansion calls for the installation of 25,000 application-specific integrated circuit (ASIC) miners, including various next-generation Bitcoin miners, at the current Wolf Hollow facility location in Granbury.

Compass claims that the facility is state-of-the-art and is powered by a 1.1 gigawatt (GW) combined cycle natural gas fueled plant. This plant uses air cooling and cutting-edge gas turbine technologies to reduce water use and carbon emissions.

If the demand on the grid is too high, the data center has a fully curtailable load and may shut down instantly.

Compass already has sites throughout the United States, Canada, and Iceland, with significant operations in Texas, Ontario, New Mexico, and Florida.

Texas’ record-breaking weather, which has put a pressure on the electricity grid, has forced crypto miners to have a challenging month.

To lessen the burden on the grid, major Bitcoin miners have started collaborating with the Electric Reliability Council of Texas (ERCOT) by temporarily ceasing or drastically limiting their operations in the state.

Despite this, Texas continues to draw a large number of cryptocurrency mining companies due to its minimal regulatory burden and affordable electricity.

Despite the recent heatwave having an effect on nearby mining activities, NASDAQ data indicates that publicly traded mining stocks are doing well.

As of July 22, three of the largest miners by market cap are all in the black.

As of the time of writing, the price of Bitcoin (BTC) has also risen to a one-month high, reaching $22,938.