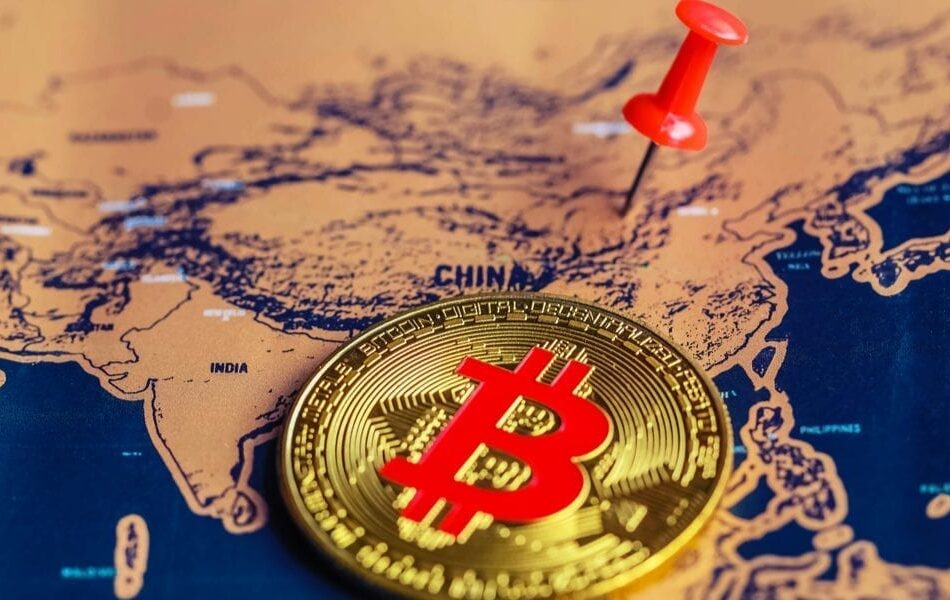 While cryptocurrency trading is illegal in China, its citizens are nonetheless interested in the ups and downs of the market, not least because many have found workarounds and continue to buy and trade a variety of tokens.

After a terrible weekend, Bitcoin’s price continued to plummet on Monday, down more than 50% from its peak of $69,000 in November 2021 and approaching the $30,000 barrier. The drop is happening in parallel with the depegging of algorithmic stablecoin terraUSD.

A stablecoin is a digital currency that is tied to a more stable reserve asset, such as the US dollar or gold, and is aimed to reduce volatility while providing digital currency benefits, such as quick transactions.

An algorithmic stablecoin is one that uses algorithms rather than actual currency in a reserve to maintain a price similar to that of a central bank. UST is formed by “burning” Luna with smart contracts, which are pieces of code entered into a blockchain that execute choices automatically.

On Monday, Terraform Labs, the company behind UST, Luna, and Luna Foundation Guard, emptied its treasury wallet of all of its bitcoin, totaling 42,530 bitcoins ($1.3 billion). The cost of UST has dropped to around $0.95.

On the same day, the hashtag #Luna climbed into the top 10 keywords on Weibo, China’s version of Twitter, which has a monthly user base of 570 million people and is widely considered as a barometer of public opinion in the country. As of Monday evening, posts using the hashtag #Luna had received approximately 15 million views.

“The Luna Foundation Guard announced a $1.5 billion loan to revive UST, but Luna, in my opinion, has seen better days. Even if it is rescued, it may develop Parkinson’s disease and become trembling and half-alive. “After such a confidence crisis, no one would dare to get engaged,” one Weibo user with over 200,000 followers remarked.

While it’s difficult to say how many Chinese people trade cryptocurrency, according to web analytics firm SimilarWeb (h/t Wu Blockchain), China accounts for approximately 10% of web traffic to OKX, which consistently ranks first among the 15 exchanges worldwide.

Mark Cuban: ‘Crypto is going through the lull that the internet went through’