Home / News / CBDCs are a declaration of war on the financial sector: Economists 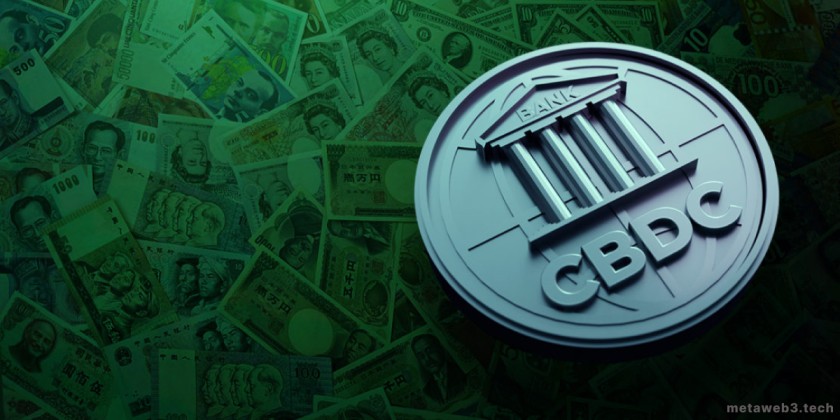 In an exclusive conversation, Richard Werner examines the issues of decentralization and the role of blockchain in it.

CBDCs are a declaration of war against the financial sector, according to Richard Werner, a development economist and lecturer at De Montfort University, who spoke on November 4 at the Web Summit.

Werner is a proponent of a decentralized economy and is well-known for his quantitative easing theory, which was published about 30 years ago. He explored the issues of decentralization, the role of central banks, and how blockchain may help increase transparency in economies.

Do you believe a decentralized financial system is feasible?

Yes, because there are many forces toward centralization by the central players. They love it, and they want more centralization, but that is extremely hazardous and harmful. The Soviet Union had a heavily centralized monetary system with only one central bank at important eras, and it wasn’t a good system. But it is what other countries’ central planners, such as the ECB [European Central Bank], want.

According to the ECB, Europe has too many banks. Why is this the case? And who are they to say such a thing? They’d prefer it to be just them. They are not interested in competitiveness. They want to return to the one and only central bank. That is where the issuing of CBDCs comes in, because the central planners believe it is a declaration of war on the banking sector. CBDC is the central bank basically declaring, “We’re going to open current accounts, ordinary banking for the general population at the central bank.” In other words, the bank regulator has suddenly said that we will compete with the banks because they have no chance. You just cannot compete with the regulator.

Is it possible to decentralize in this scenario?

Yes, but only if we establish a large number of local community banks, full-fledged banks with a banking license, because a banking license is really a license to print money. Do you know where the money for a loan comes from when a bank makes one? It is not derived from deposits. That is simply a breach of what the bank owes you money for. The new loan is created by the bank and added to the money supply, which is permitted if you have a banking license.

A banking license is a permit to produce money, and if we have a large number of community banks, we have a decentralized system. They exclusively lend locally to small businesses in the area. That is productive lending; it is long-term and non-inflationary. Growth and prosperity follow, as do employment, job creation, stability, and no inflation. However, when you have a centralized system with larger banks, they either buy out the smaller banks or you just have one central bank.

They also only want to do huge transactions. The bigger the bank, the bigger the contract, however, big agreements are usually asset lending where the bank makes money. People purchase assets, resulting in asset inflation and the asset bubble. That is why they exist. Then you have a financial problem because it is always dependent on money production continuing.

What function does blockchain play in this scenario?

Because it is a distributed ledger, it usually implies the possibility of decentralization. Why? On the distributed ledger, where does this expression come from? The ledger is a company’s or a bank’s account double entry, accounting, asset liability, and balance sheet.

The standard system is a centralized ledger maintained by the central bank, followed by the banks. Because the more banks there are, the more decentralization there is, but a completely decentralized ledger is where everyone can check transactions using technology. You have this post and check, as well as accountability. That is why it is a useful tool. If used correctly, it provides openness and local responsibility. Again, I believe it is a great mix of blockchain and local banking since it maximizes service.