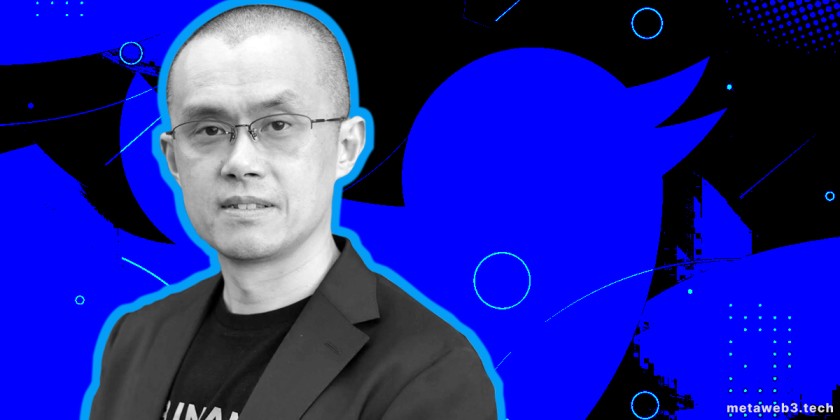 CZ made the remarks at a CNBC Squawk Box episode on October 31st, where he described what motivated his co-investment with Elon Musk in acquiring the social media platform, noting:

“I believe Twitter has not been monetized well, it has not grown well, there’s many tactical problems like bots that spam my comments, there’s scammer accounts on there, it’s not been run well.”

“But I think the platform has great value in and of itself, and we’re extremely optimistic, especially now that Elon is at the helm,” he continued.

Binance has maintained its support for Musk’s takeover of Twitter from its initial announcement in May 2022. Sequoia Capital Fund, Fidelity Management, and Research Company are among the other co-investors.

The Binance CEO stated that Twitter’s challenging price valuation had no impact on their investment choice because they saw long-term prospects as solid, while also giving crypto a “place at the table” when it comes to free speech:

However, choices on which Twitter accounts are reactivated will not be made by Musk, who stated that a new “content moderation council” will be in charge of determining which banned user accounts are restored.

However, in a tweet, the billionaire entrepreneur stated that the council will use its discretion with “widely diverse opinions.”

CZ claims it invested because it hopes to help Twitter move to Web3, such as by offering cryptocurrency-based payments to the social media platform:

“We want to help solve those immediate problems like charging for memberships that can be done very easily by using cryptocurrencies as a means of payment.”

According to a Reuters story published on October 28, the crypto exchange intends to establish a dedicated team to focus on potential crypto and blockchain-based solutions for Twitter.

The new team will investigate how to create on-chain solutions to problems such as spam bot accounts.

Binance’s $500 million investment in Twitter places them fourth among 19 investors in the social media site.

Twitter is also no longer a publicly traded corporation, having been delisted from the New York Stock Exchange on October 28 as a result of Musk’s decision to take the company private.