Binance enters the hardware wallet market with a new investment 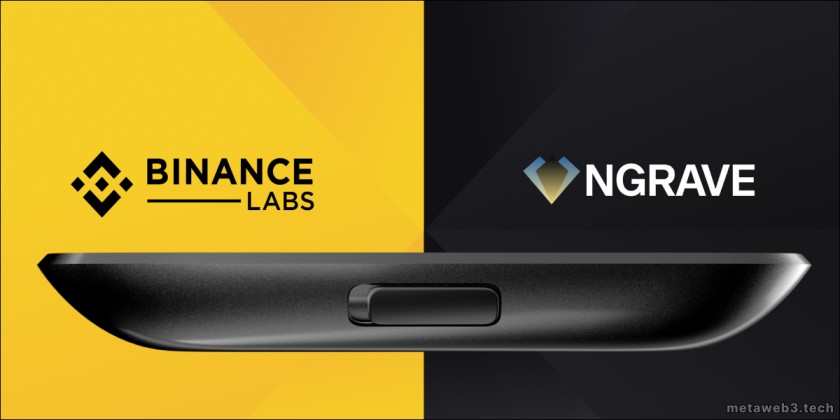 Binance Labs has made a strategic investment in Ngrave, a Belgian hardware wallet company, and will lead the company’s upcoming Series A financing.

Binance, the cryptocurrency exchange, is entering the hardware wallet market, with its venture capital arm investing in the cold wallet platform Ngrave.

Binance Labs has made a strategic investment in Ngrave, a Belgian hardware wallet company, and will lead its upcoming Series A round, the company announced on November 21.

Ngrave, which was founded in Belgium in 2018, specializes in self-custody, and offers a security suite that includes three major components: the connectionless hardware wallet Zero, the key backup tool Graphene, and the Liquid mobile app.

Yi He, co-founder of Binance and head of Binance Labs, identified security as one of the most significant barriers to crypto adoption. “Self-custodial wallets are one of the most secure solutions for holding digital assets,” he added, adding that Binance will continue to support firms that improve user security.

It does not appear that Binance has previously invested in hardware wallet businesses like Ledger or Trezor. Binance teamed with Ledger, a hardware wallet maker, in early November to allow Binance users to deposit bitcoin directly with their bank cards using Ledger.

On November 14, Binance CEO Changpeng Zhao even admitted that centralized exchanges may become obsolete as investors migrate to self-custodial solutions. “If we can find a way to allow people to hold their own assets in their own custody securely and easily, then 99% of the general population can do it,” Zhao said.

The latest development comes shortly after Ledger CEO Pascal Gauthier advocated that Binance-owned software wallet Trust Wallet should offer the Ledger Connect option to guarantee better security to its users. “Otherwise, it’s just unsafe,” the CEO declared in a Nov. 13 tweet. The linking option allows Trust Wallet customers to save their keys on a Ledger device rather than a mobile phone or computer.

@TrustWallet @cz_binance is time to offer a ledger connect option to your users. Otherwise it's just unsafe. (1) https://t.co/AjjGrtBsQ2

According to a Trust Wallet spokeswoman, the platform plans to provide the interface with Ledger Connect soon because it is a major priority. The spokesman further emphasized that Trust Wallet customers have “complete recoverability” of their cash on a chain as long as they remember their secret phrase, or private key.