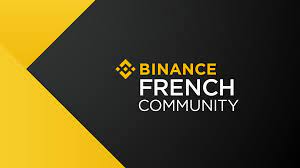 As the crypto exchange behemoth increases its reach in Europe, Binance has announced a 100 million euro ($108 million) investment in France and a partnership with Paris-based business incubator Station F.

“France is well positioned to be the leader of this business in Europe,” Binance CEO Changpeng Zhao said on stage at the Paris Blockchain Week Summit on Wednesday, adding that the company already employs roughly 50 employees in the nation.

Startups will receive support from the BNB Chain, NFT Labs, and Binance Labs teams to develop their ideas and future collaborations with Binance partners as part of the agreement.

“We think this area will allow all those interested in learning more about blockchain and crypto access the web3 world,” said Roxanne Varza, director of Station F.

Zhao also mentioned in his opening talk at the Paris summit that Binance is testing phone line customer service, starting with Turkish. The firm intends to eventually roll out phone-based support in all markets, where it presently relies on chat-based support.

Attention from the regulatory authorities

Binance’s dealings with regulators throughout the world have been tumultuous this year. A prohibition by the Financial Conduct Authority in the United Kingdom and an investigation by the Commodity Futures Trading Commission in the United States were among its problems. Trading of the company’s digital stock tokens was also halted, and the company’s trading platform in Singapore was just shut down.

While Binance has its beginnings in China, it has a reputation for being wary of tying itself to a single location, instead opting for the decentralization principles associated with the crypto industry.

With bitcoin enterprises, regulation is frequently playing catch-up. The EU’s Markets in Crypto Assets (MiCA) law will be the industry’s next major obstacle on a European level.

MiCA, which was just approved by the European Council, will improve investor protection and increase crypto company licencing and passporting across the EU. In the coming months, it will be debated in the European Parliament.

Joke No More: Shiba Inu Is Among Four Crypto Tokens Listed on Robinhood