Apple job postings and patents suggest a move into the “3D mixed-reality environment.” 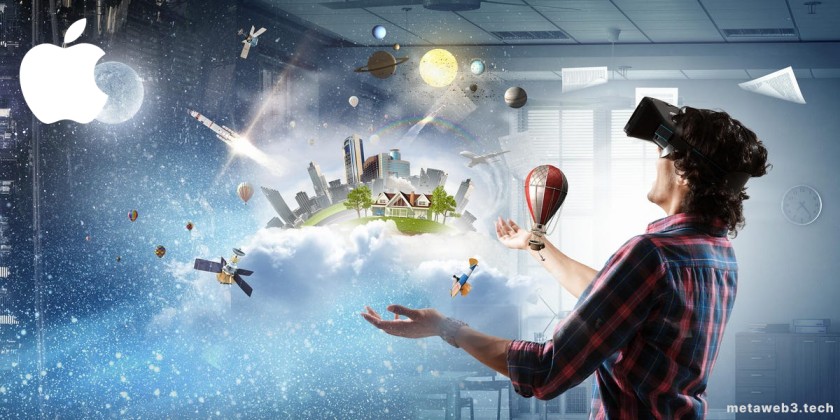 Apple’s “mixed-reality world” could be on the horizon, as new job postings reveal the tech behemoth employing a number of engineers with AR and VR experience.

According to linked patent filings and recent job advertisements, Apple appears to be working on the creation of a metaverse-sounding “3D mixed-reality universe.”

Since November 1, around 30 jobs linked to augmented and virtual reality (AR/VR) have been posted on Apple’s careers page, with the Big Tech giant looking for a mix of software and hardware developers to work primarily in its Technology Development Group (TDG).

TDG is a hidden unit within Apple that may date back to 2017. It is thought to be focusing on developing AR and VR technology. Apple has never officially confirmed the existence of such a gadget, while it is commonly regarded as a “open secret” in the IT world.

While Apple is presently looking for over 150 positions, according to its careers page, one job posting from August specifically mentions a “3D mixed-reality world.”

The job posting is for an AR/VR network engineer, with the following description:

“In this role you will work closely with other developers and build tools and frameworks to enable connected experiences in a 3D mixed-reality world.”

According to an unnamed source cited in a Digitimes article on Nov. 9, an Apple AR/VR headset will be produced by Taiwanese electronics business Pegatron — a company Apple presently uses for its iPhone 14 gadget — with mass production scheduled for Q1 2023.

According to a Pegatron spokeswoman, the company is “unable to comment on information linked to a specific customer or product owing to confidentiality.”

Meanwhile, USPTO patent papers show that Apple trademarked Reality One and Reality Pro in August, both of which are defined as “photographic and optical apparatus and instruments” and “virtual and augmented reality headsets, goggles, and glasses.”

The registrations were made through a Delaware shell company named Immersive Health Solutions LLC, a strategy utilized by huge corporations such as Apple to keep future product plans hidden.

A review of Delaware’s corporate entities reveals that the corporation was formed on February 11 by The Corporation Trust Company, the world’s largest registered agent service provider, on which Apple and other well-known companies such as Google, Walmart, and Coca-Cola rely.

The same company was used in a trademark application for a RealityOS in December 2021, which is thought to be Apple’s operating system for their rumored forthcoming headset.

Other trademark registrations, such as one made in China under Apple Inc., depict a haptic VR glove that tracks the movement of individual fingers, indicating the company’s interest in a possible metaverse space.

Apple CEO Tim Cook has already expressed his views on the metaverse. When asked about the company’s metaverse chances at a Q1 2022 earnings call in January, Cook said, “we see a lot of opportunity in this market and are investing accordingly.”

Multiple reports surfaced in January 2022 claiming that Apple was planning to introduce the headset during its June Worldwide Developer Conference, but it never materialized owing to a series of development issues.

How can we empower more female Web3 leaders?