BTC/USD
Low
High
Marketcap
Metaverse
May 31, 2022 by admin
Share this: 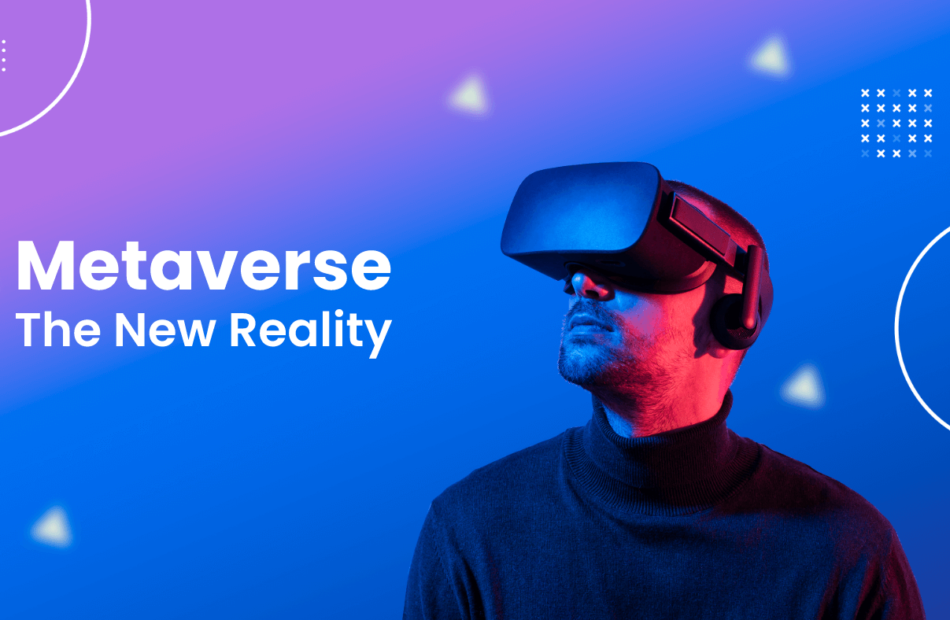 ‘Metaverse’ is the buzzword of the moment, but what exactly does it mean? Is the metaverse going to transform how we live, work, and interact, or is it all just hype?

With Mark Zuckerberg just declaring that the name of Facebook’s parent company has been changed to Meta, it’s evident that the internet giant plans to seek metaverse potential actively.

The metaverse is said to have the potential to alter the way we do business, visit friends, shop, and network, but it is still only a theoretical concept.

So, what exactly is the metaverse, why is Meta so determined to make it a reality, and what will it entail for businesses and consumers? What is the metaverse, and where did the term come from?

The phrase “metaverse” may have just come to the attention of many, but it is not a new term, nor was it coined by Zuckerberg.

Metaverse combines the prefix ‘meta’ and the word ‘universe .’ It is often used to denote a virtual universe accessed through virtual reality (VR) technology.

The term was coined in 1992 by science fiction novelist Neal Stephenson in his work Snow Crash. Characters in the novel enter the metaverse via their avatars, virtual versions of themselves. Avatars in the metaverse can transcend reality and inhabit a VR world; but, in Stephenson’s novel, the metaverse was an escape from a dark, dystopian world propelled by corporate greed.

Since then, the term has grown in use, particularly in the gaming industry. Anyone who has played a role-playing game (RPG) in which they enter the game world and interact with other players and characters is presumably familiar with the concept of a metaverse. For years, futurists have used the word to describe how humans can connect digitally in the future. There is no one definition of the metaverse, but Meta explains it as follows:

“A collection of virtual spaces in which you can create and explore with individuals who aren’t in the same physical space as you.” You’ll be able to socialise with your pals, work, play, learn, shop, create, and do other things.”

Meta and many other IT businesses are eager to take the metaverse concept from a hazy vision to a tangible reality, building the tools needed to bring it to life.

Today, “metaverse” refers to networked, virtual communities or worlds where individuals’ avatars can connect. We can enter the metaverse using VR headsets, augmented reality (AR), smartwatches, and smart glasses. Because a global metaverse that anybody can access does not yet exist in its entirety, most of Meta’s plans for the metaverse are still in the theoretical stages.

What are some examples of Metaverse?

Here’s a glance at what’s going on right now that could lead to tomorrow’s metaverse:

Meta: The once Facebook-owned internet behemoth has already made considerable investments in virtual reality, including the 2014 acquisition of Oculus. Meta envisions a virtual world where digital avatars interact via VR headsets for business, travel, or leisure. Zuckerberg is optimistic about the metaverse, thinking it has the potential to replace the internet as we know it. “The next platform and media will be an even more immersive and embodied internet where you’re in the experience, not simply looking at it,” said Meta CEO Mark Zuckerberg last month after disclosing the company’s renaming.

Microsoft: Working from home is practical and efficient since many workers like the convenience and flexibility of remote work. Not everyone is eager to return to the office, so it’s no wonder that software giants like Microsoft are exploring how the metaverse could facilitate remote work.

Microsoft recently announced that 3D avatars and immersive digital workspaces would be added to Microsoft Teams, allowing businesses to create ‘digital twins’ of their virtual offices for remote workers to access. This will be driven by Microsoft Mesh, a virtual collaboration tool to be released in 2022 and will use VR and AR to construct digital places. Microsoft Loop, a new programme, will enable remote workers to move seamlessly, sync, and share documents and resources over a digital collaborative canvas. Zoom: Zoom, a video conferencing software, has also stated that it envisions itself playing an essential part in future digital working environments within the metaverse. However, CEO Eric Yuan noted in a recent interview that he believes this is still a few years away.

Amazon: With Amazon’s massive market share in eCommerce, digital entertainment, and cloud computing, it’s pretty plausible that the corporation is thinking about how Amazon buying and media consumption could take place in the metaverse. However, no pronouncements on the subject have been issued as of yet.

Roblox: Roblox, an online game platform, is significantly involved in the metaverse realm. You may not have heard of it, but your children most likely have. Roblox has built a virtual platform for players to create their games. While playing the games is free, users may spend virtual currency called Rubux to purchase game add-ons – and the company is generating a lot of money.

Roblox has essentially already established a platform where users can create their metaverse and has also demonstrated that it can be profitable, making them a significant contender to watch in this arena.

Nike: Why would a sneaker business want to be a part of the metaverse? Nike is planning for the day when consumers will want to buy virtual things, such as Nike sportswear, for their avatar – after all, if you and your friends are shooting virtual hoops, you want to look nice while doing it. Nike has filed various trademark applications to sell virtual objects using its emblem and brand.

This, however, highlights the larger question of how trademarking and counterfeit goods will be controlled in the metaverse, with Nike taking precautionary measures to protect itself long before the metaverse is created.

How can you get into the metaverse?

Are you ready to dive into this thrilling new world? Not so fast – Zuckerberg’s vision of the metaverse is still years away. Many of the metaverse goods Meta is working on, according to his estimates, will not be available for at least the next 10-15 years. But how will we reach the metaverse when (or if) it becomes a reality?

Users will purchase their virtual reality headsets to take them from their living room into their metaverse environment, which will play a significant role in metaverse access. While Facebook already has its own Oculus headset and has teased the release of a successor headset in 2022, several other businesses, including Samsung and HP, have their own VR headsets. When you enter the metaverse, you will be represented by your avatar, which you will have designed and developed. Users will completely personalise the virtual version of themselves, including height, weight, skin colour, head coverings, body type, and even facial hair. There will undoubtedly be plenty of shopping options, allowing users to buy clothes and accessories for their avatar.

Security measures must be prioritised in the metaverse login process to ensure that the correct individual is logging into their metaverse account. Passwords, retina recognition, and two-factor authentication are examples of such measures

Despite the recent buzz surrounding the metaverse and Meta’s engagement, it’s still a case of hurry up and wait. Corporations see massive potential in the metaverse and are eager to commit time and money to bring it to life.

Many people are thrilled about the additional collaboration and connectivity choices the metaverse will provide. However, there is still much work to be done in the space before the metaverse becomes an important location where we live, play, and work.

However, technology is advancing at such a quick pace that the metaverse may be here before we realise it. But will the rest of the world be ready? 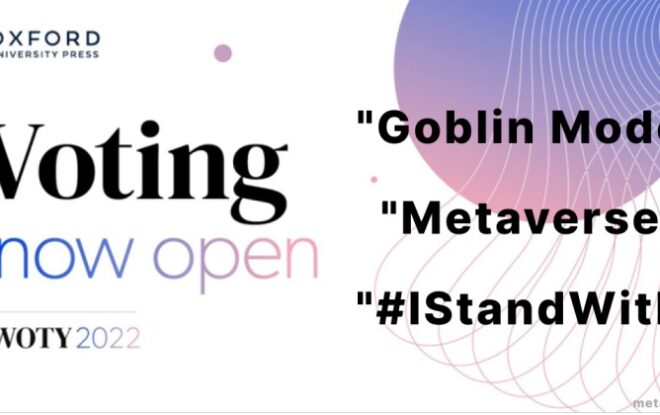 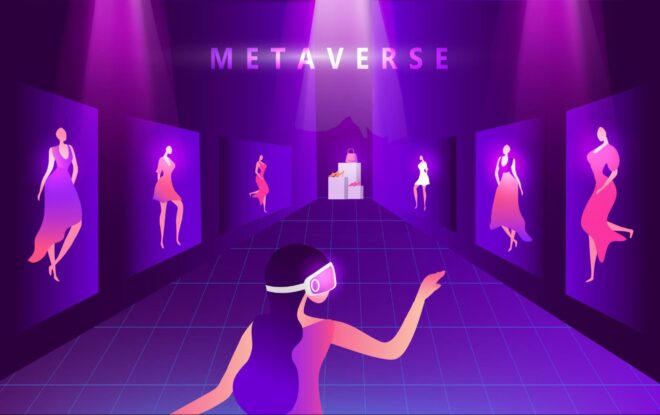 How To Bring Virtual Fashion Into The Mainstream 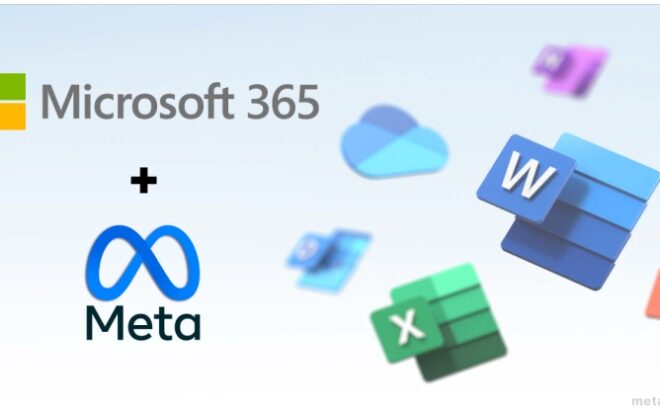